The lathe has arrived!

“Those of you who have been following this blog will know that through the efforts of Rotarian John Topham, a wood lathe had been donated and shipped to Mozambique, and that one of our [Rick Cogbill and John Topham’s] goals in the April/May trip was to teach students how to use it. However, although the lathe arrived in the port of Beira during our trip, it became embroiled in a mire of paperwork between the shipping agents and the Customs department, and as a result never made it to the mission base during our time there

Here’s the good news – the lathe has now arrived! Word came that the machine was ready to be released, and missionary on ASAM Joao Benjamin and driver Jacobo immediately made the onerous trip to Beira and back to bring it ‘home.’ We are grateful for safe travel over one of most dangerous roads I’ve seen in Mozambique, especially since the return trip was made at night. The men were held up at the seaport for about 8 hours, resulting in their not arriving back at the mission base until 3am in the morning.

It was a happy group who unloaded the heavy packages the next morning. 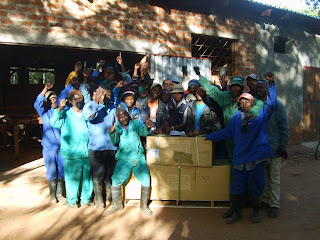 Matthias Gasser (the lone white face in the back row), who is a short-term volunteer from Switzerland, assembled the lathe and has already started his first bowl-turning project. 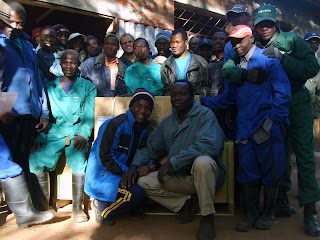 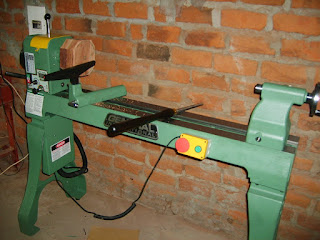 Wood lathe ready for use. 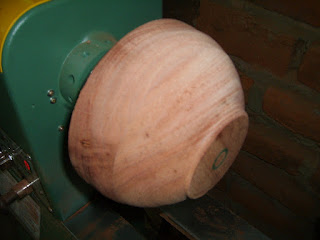 First mahogany bowl to be turned in the new lathe.

Special thanks to Matthias, Joao, and Jacobo for bringing the lathe odyssey to a happy conclusion. We hope that it won’t be too long before a trained instructor can return to Mozambique and begin training the local men on this amazing and useful machine.” 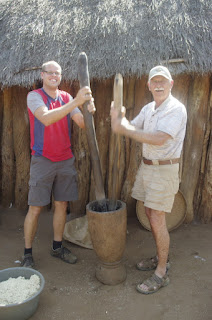