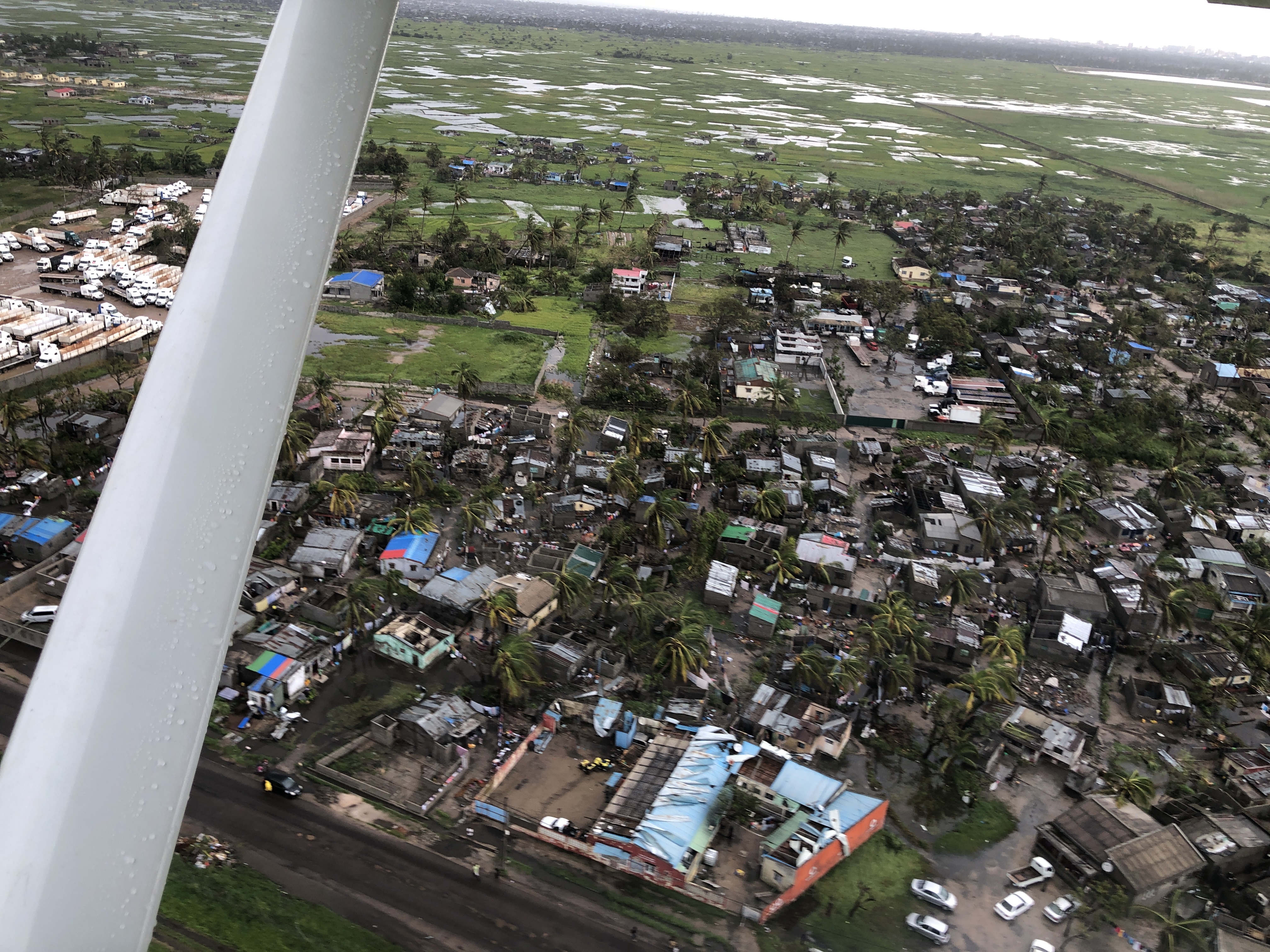 Today was an emotional roller coaster if there ever was one. This actually started last week Wednesday when we started getting reports of bad flooding in the city of Tete (North of us) with people stranded on roofs and other locations. I contacted my friend, the local Mayor of Chimoio, who put me in contact with the emergency services to see if we could coordinate the Mercy Helicopeter out of Beira to respond. Although my efforts seemed futile, the next thing I knew is that the helicopter was on its way to Tete and the Zambezi river area, and the tropical storm that caused the flooding over Malawi was now in the Mozambique channel and heading straight toward us as a category 3 (at its strongest) Cyclone.

We spent the entire day on Thursday tying everything down we could and securing vehicles and equipment in expectation of the worst. We were so grateful when Friday came and all we got were light to moderate rain falls. Even though we lost our cell and internet connection, we were grateful for the mild impact. As cell towers became active we started getting disturbing news. An emergency call from sponsored students at a teacher college toward Beira. Beira is the city on the coast where the storm actually hit. We had recalled our students studying there earlier in the week, so they made it out before the worst hit. But as we have discovered over the last few days and face to face today, the devastation has been severe and significant with many lives lost and many who hang in the balance tonight.

Through contacts I was able to communicate our willingness to help and last night received a call from our Manica provincial governor. He requested flights today to overfly affected flooded areas South of Chimoio and to inspect reported bridge outages. It was raining here at the mission this morning with what looked like poor chances of a successful survey flight. But I took off with Andy riding as navigator on the first leg of our journey. We picked up the governor after being vetted by his security contingent and flew South. Although we had to fly the approach into Chimoio, the weather lifted enough for us to fly the entire survey flight at between tree top height and a couple thousand feet. Initially it was only roads washed out and significant bridge damage cutting off important routes with vehicles stranded on either side. But then we got to the flat area just South of Dombe and there were huge flooded areas. The emotions started when we saw people clinging to roof sheets in vast areas of water, others in trees and others on small islands grouped together. All of these franticly waving at us as if we could do something to assist them from the light aircraft. We took GPS locations to pass on to the Mercy Air helicopter, not knowing when we could make contact.

After landing back in Chimoio to drop off the governor we met a local businessman who normally flies himself, but asked if we could fly him and his manager to Beira to help coordinate assistance for all his staff on the ground there. We agreed to help knowing this would give us a chance to connect with the helicopter as well. Besides this, this gentleman is the engineer who did all the engineering design and management of our mission airstrip construction and never charged us a dime! So Andy took over and flew to Beira through lots of rain and cloud. We landed in the rain and were able to get an idea of the devastation caused by the Cyclone. The pictures here are only barely representative. We had to land, pay fees and get back in the air to get back to the mission before storms moved in and darkness fell. The Mercy Air helicopter landed as we were taking off, but we were able to establish radio contact. After landing back at the mission just as a thunderstorm was rolling in, we were able to send of the coordinates of the stranded people (S19.57 203 E 033.41.44) which I will share here for anyone else capable of helping out. Joel, the helicopter pilot said they would do their best to try and respond tomorrow, but all I can think of tonight are those poor people out in the water with no water, food or protection. Life and Providence provides us with opportunities to respond to difficult situations and although I wished it was easier to do more, we can never underestimate what we are able to do. I believe in a God who answers prayer and He answered ours for safe flights today and a window into needs we and others can respond to tomorrow. Our aircraft will take the governor to Beira tomorrow for a meeting with the INGC (Mozambiques emergency response organization), and to carry the need of those we had to leave behind in the river today!

Last week we were able to send food aid to 138 families North of the Zambeze who have had four years of drought. Those of you who responded to this need have given these families more than 2 months of food each and this should take some of them to the harvest season. Thank you! This cyclone leaves in its wake flattened fields of corn, besides the homes and lost belongings. This means the recovery is going to be that much harder. I wish I had not seen what I saw today, but I did and this compels me to share the needs and only ask people to do what they feel led they should do to assist in any way possible. Once again, please, if you do nothing else, when you are climbing into your cozy bed tonight pray for those hanging on to life on a roof sheet in the middle of a river or perched in a tree. And I will do the same. God bless each of you who have taken the time to read this.

I will be posting pictures of the survey flight and the flooded area tomorrow. I was flying under rather difficult conditions but Andy was able to snap some shots. The governor below on the left with the camera man to the right. I am guessing his footage will be posted to Mozambiques TV service.