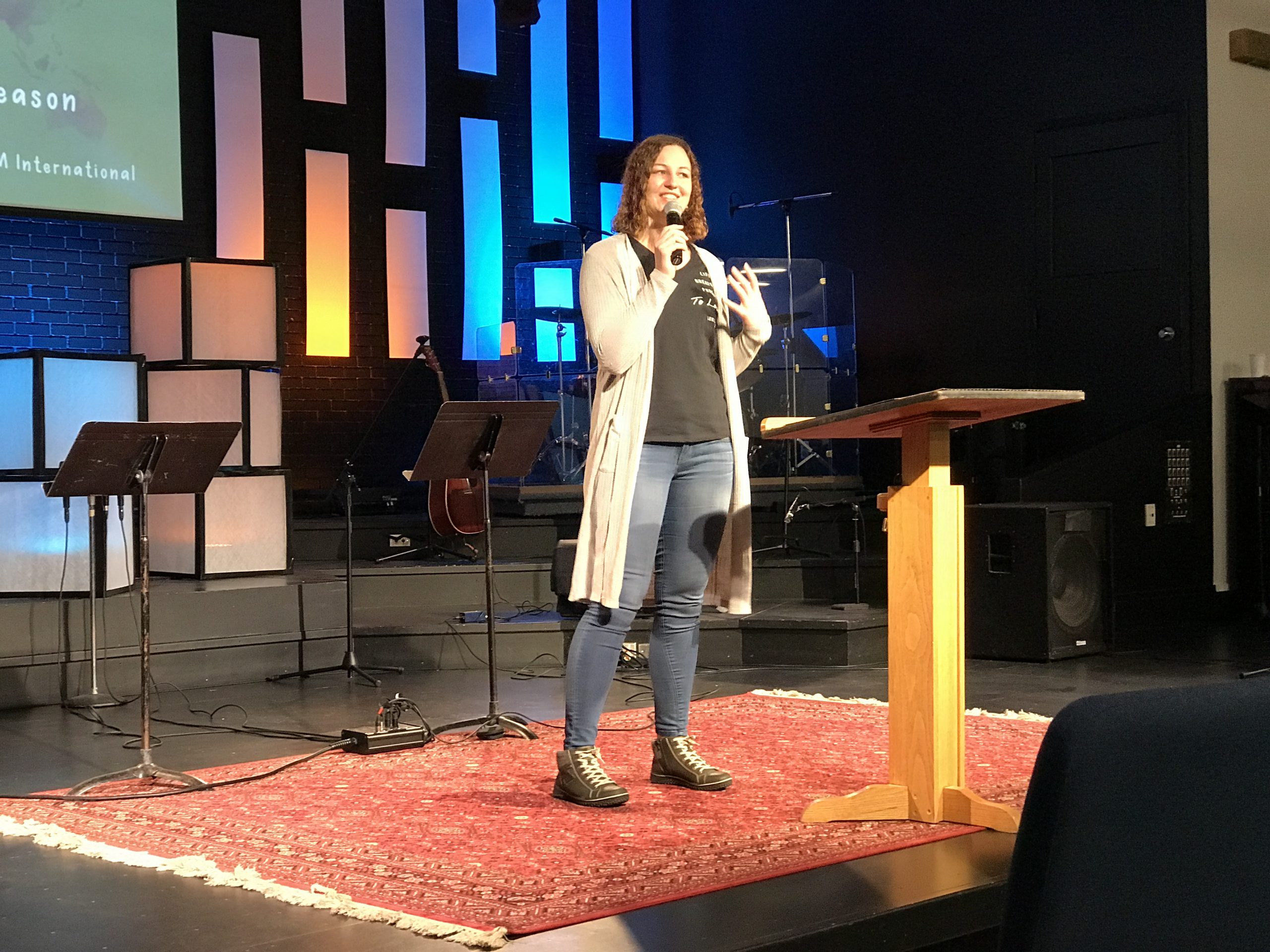 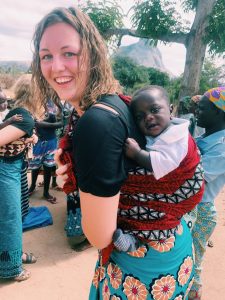 Hello Everyone! If you’ve stumbled across this blog because of the newsletter or if you just stumbled across it, welcome! Thanks for taking the time to read my story and see how God has been at work in me over the past years. It has been a crazy wonderful journey, but God keeps proving Himself faithful every step of the way. I have now been accepted as a missionary with SAM Ministries, with the hopes of being ready to serve full time in 2025!

My journey to Mozambique has been a long time coming. It hasn’t happened all at once but has been a series of little pieces that keep coming together. I am thankful to have grown up in a Christian home where I developed a relationship with Jesus at a young age. For as long as I can remember I’ve had a heart for missions and people all over the world. However, being a missionary never really crossed my mind. I went on a lot of short-term mission trips and figured that was all I was ever going to do. In fact, I have this distinct memory from my second short-term missions trip to Mexico while I was in high school. On the last day of the trip, during morning devotions, our leader placed three chairs in the middle of the circle and said that there were three people in our group who were being called into long-term missions. I remember praying and listening to God as best I knew how at that time, asking if I was one of those people. But the answer was no. It’s kinda crazy to think about now, but I truly believe God had a specific journey He needed me to take, and that was not part of it. Maybe I wasn’t ready to hear it then. I don’t always know how God works, but I know that He is patient and good.

I always assumed after high school I would work towards my teaching degree. However, when it came time to start applying, I felt very unsettled about the whole thing. So I started looking into Bible Schools and found Prairie College. They had a one-year program called Discover where you spent 6 weeks in Africa; 3 in South Africa, and 3 in Mozambique. It sounded cool and exciting, so I signed up. Those first 6 weeks in Africa changed my life. It wasn’t in the “I want to spend the rest of my life here” sort of way but in a “There’s a lot of brokenness and poverty in our world and I don’t know what to do with it” sort of way. Up until this point, I think I believed that missions were going to fix the world. Instead, my eyes were opened to a harsh reality. I didn’t understand how God could be good and sovereign amidst all the hardships I was seeing. I didn’t leave my trip to Africa with answers, but with a new found notion of surrendering to God, even when I didn’t see or understand. I knew God was working and I wanted to be a part of it in some way. 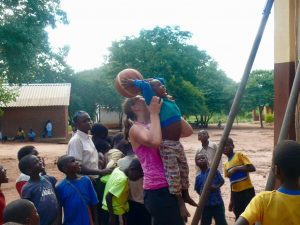 I decided to continue my education at Prairie and signed up for the GlobeTREK program. This intercultural studies program included doing my third year abroad, visiting different countries and organizations with a 6 month practicum in one location of my choosing. My second year was spent trying to figure out the location for my 6 month practicum. I tried a couple of different places and they all fell through before I came back to Mozambique and SAM Ministries. I had loved the 3 weeks I spent at the mission previously and knew I could easily plug in. As well, second year was a very hard year, because I was grieving the loss of a close friend, and Mozambique was offering a sense of familiarity that I was craving. I started to pray and journal about that option. I had this feeling deep down that if I committed to Mozambique for 6 months, I would never want to leave and it would turn into a life-long thing. The thought freaked me out. But God simply asked me, “Will you let Me be enough?”  Could I trust God to be enough to see me through no matter what comes? I did, so I said yes. I signed up to go to Mozambique for 6 months and promptly forgot about the “6-months-is-going-to-turn-into-life” thing. I’m not sure why I forgot it, but I think it was simply another act of God’s patience, knowing that I was stubborn and could only take in so much at a time.

When I finally landed in Mozambique during GlobeTREK, I felt like I was home. Those 6 months flew by and I loved it. There were still some hard days, but I loved what I was doing, the people I was working with, the mission, the heat, all of it. When I first arrived, I was still telling people that I was only into short-term missions, but by the time I left, I knew I was called to Mozambique long-term. There was never an “a-ha” moment, but it was God just slowly changing my heart until I was 100% sure that was where I was suppose to be. He is so patient with us.

When I got back to Canada, I graduated from Prairie and started working on my education degree. The amount of time I had spent in Mozambique working in different school settings had reignited my passion for education. Many people have asked why I have decided to pursue getting my degree before going to Mozambique full-time, couldn’t I simply teach there without one? I could. However, SAM Ministries encourages all their students to reach their highest potential, which involves staying in school and getting an education. I would feel hypocritical if I was encouraging students to get their highest degree of education without doing so myself. As well, it is important to have something for me to fall back on as Mozambique is an unstable country and many missionaries leave the field for so many reasons. While my calling is Mozambique right now and I am heading towards it in full obedience, I still want to hold everything with open hands. If God decides to change things up, then I will follow His next plan. He is good and sovereign and I keep following His leading. 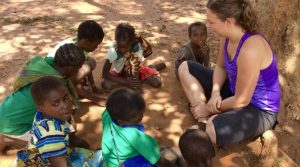 God also had so many other lessons and opportunities for me while I was still on this side of the world. In 2019, I had an opportunity to take a team of nurses from Prairie College to Mozambique. That trip reconfirmed my calling to serve in Mozambique with SAM Ministries. After returning from my GlobeTREK trip, life often felt stale. I had wondered if I had built up my time in Mozambique in my head into something grander than what it actually was. Being back in Mozambique in 2019 confirmed for me that was not the case. I was so happy to be back! I have this distinct memory of walking down the red dirt road one day and having an overwhelming sense that I was created to thrive here. Mozambique was where I was called to be. I hold onto that feeling now, knowing that there are still many hard days ahead, but I can trust that the God who gave me that calling is faithful to see me through.

Another cool opportunity that came up on this side of the planet was to teach Kindergarten while working on my degree. I absolutely loved it and gained so much teaching experience. Kindergarten also gave me the best stories. My favorite one is about a moth. In my classroom we had these lights that hung down and one day a moth landed in one of them. Without fail, every day during lunch time, one of the students would look up and say “Guys! Look! The moth! It’s still there!” Every day we would have a discussion on whether the moth was sleeping, hibernating, or if he left his family every day to come visit us. Finally, after about 3 months of this, one kid had enough. He said “I know! That moth is DEAD! I know it!” Without missing a beat, another student quickly answers “You can’t say you know! Only God knows! If you say you know, that’s being rude to God!”  Which is a really funny story, but also has so much truth. While we think we know what’s going to happen, only God truly knows. So I keep surrendering to Him and trusting Him every step of the way.

All of these steps and opportunities have brought me to where I am today. Looking forward, I’m set to graduate in a few months. I need to teach for at least 2 years in Canada to get my permanent teaching certificate, and so Lord-willing by 2025 I will be ready to step into life as a full time missionary. Some days it feels so far away, but God is faithful. Some days it feels way too soon, but God is faithful. And I know that He who began a good work in me will see it through to completion. 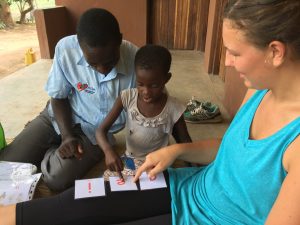 On March 1 2022 Lynn and Ihad the privilege of being with Kerstin as she shared her journey during Prairie College chapel time. It was like we took a step back in time as Kerstin so well described God’s gracious work in one’s heart as He molds our desires and passions to match His plan and purpose for our lives! We have already witnessed the impact of Kerstin’s life through the Youth Leadership manual she pretty much wrote single handedly while serving with us for 6 months! We are excited to watch what God has in store for Kerstin as she continues to pursue the Kingdom of our Lord and of His Christ! Kerstin will serve in the role of Education coordinator in Mozambique where she will mentor and equip our school teachers to do an even better job of educating and discipling our children. She will also help in the ongoing development and implementation of our literacy program in remote churches and communities, along with so much more!

If you would like to support Kerstin in her calling, you can donate to SAM Ministries and select “Education Coordinator” on our giving platform or send an email or note stating this purpose if you send in a cheque or an e transfer. Thanks for praying for Kerstin as she navigates this journey! 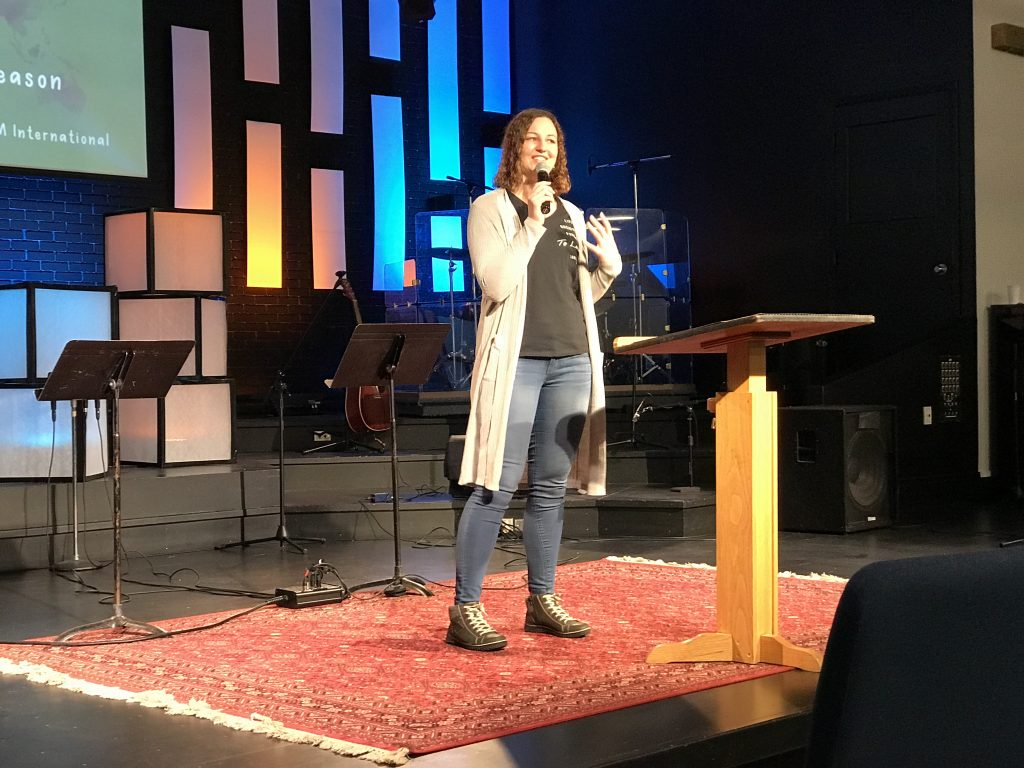